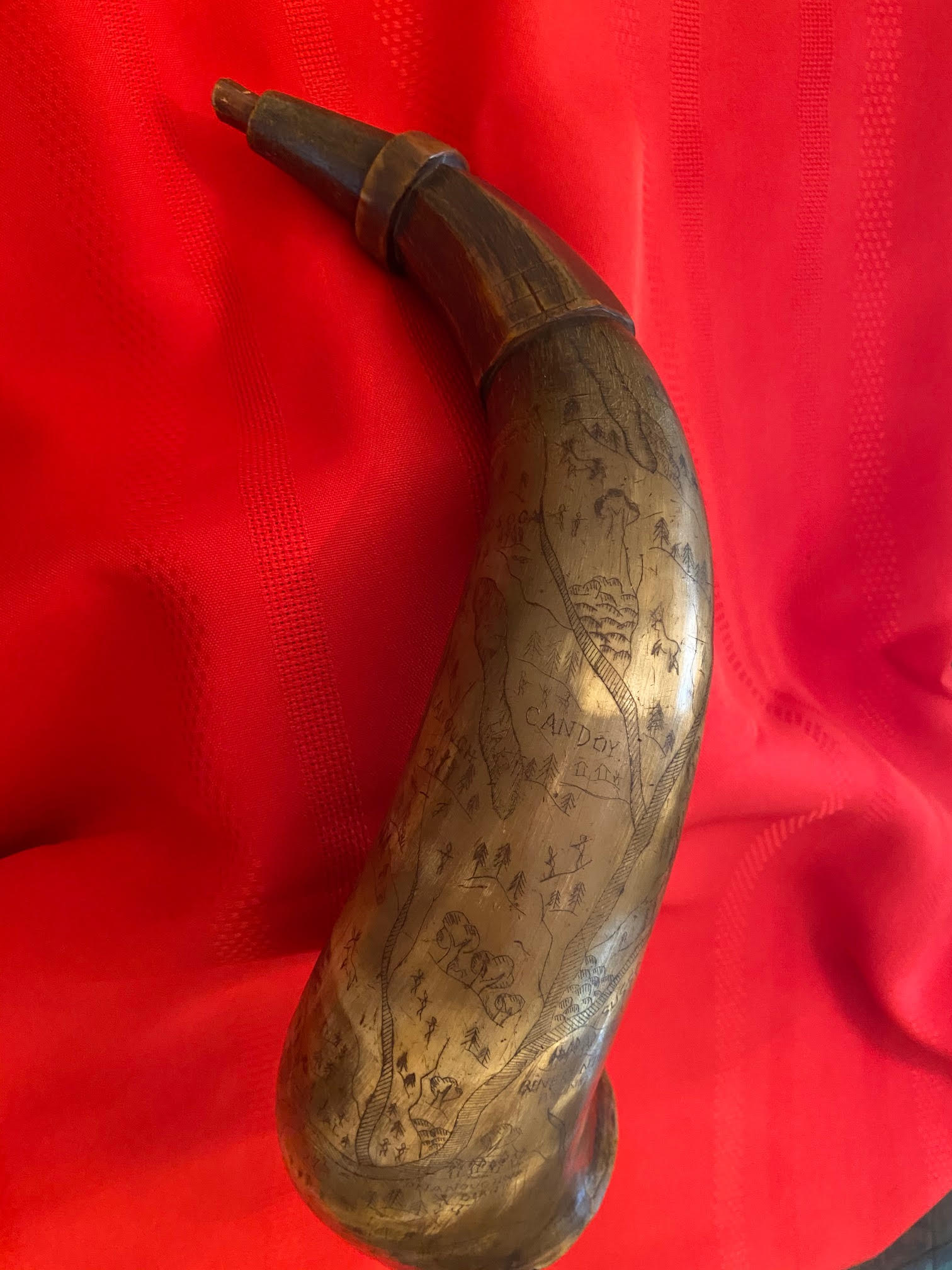 At 243 years old, the powder horn of Lt. John Jenkins is a remarkable artifact of the American Revolution. Not only does it represent the history of the Wyoming Valley during the war, but also General Washington’s strategy and efforts to remove the threat of a British campaign on the Western Front of colonial America.
On July 17th starting at 1pm at the Nathan Denison House, 35 Dennison Street in Forty Fort, Richard Jenkins, a descendent of Lieutenant John Jenkins, will present and speak about a powder horn from 1779 that belonged to the Lieutenant, and which was recently returned to the family’s possession. Of significance is a map of Sullivan’s March etched upon the horn depicting the route and battles of the campaign.
The presentation will discuss how a meeting with General Washington would lead to Lieutenant Jenkins guiding Sullivan’s March and creating the horn as a unique record of the campaign and our country’s founding. Admission is just $5 for nonmembers, $3 for children, with LCHS members FREE. The Denison house will be open to the public from 1pm-4pm with tours included in the price.
For more info, call 570-823-62244 ex. 3 or email reservatiosn@luzernehistory.org.