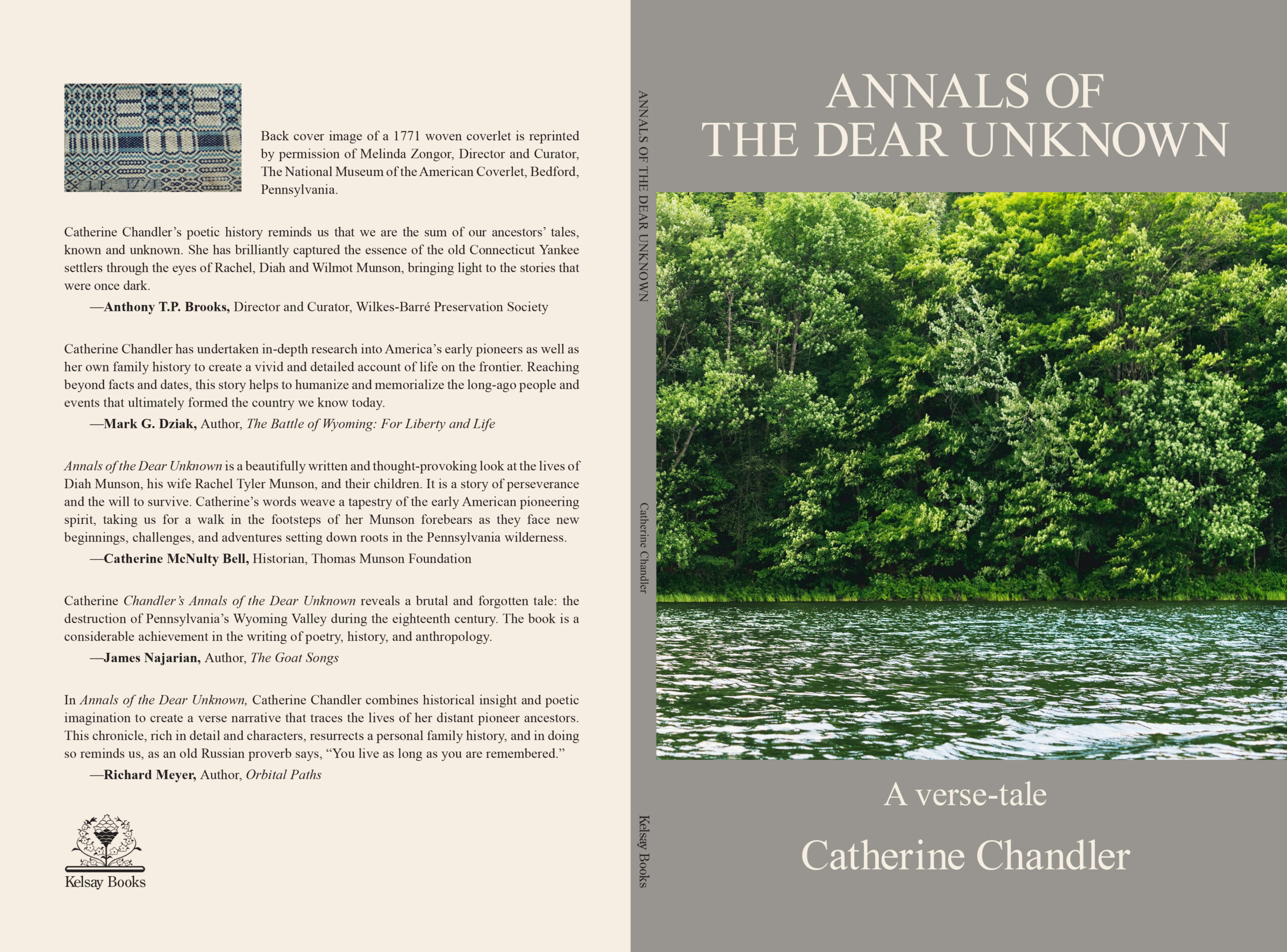 On Sunday, September 18th from 2 pm – 4 pm at the Nathan Denison House the LCHS will welcome author Catherine Chandler, who will be discussing her new book: Annals of the Dear Unknown. Set as the American Revolution descended on the Wyoming Valley, Annals is a verse-tale inspired by the author’s own genealogy that humanizes the historical tales of the area. Ms. Chandler will be signing copies of the book and taking your questions, and the Nathan Denison House will be open for self-guided tours. This event is free to all. For questions, call 570-823-6244 ext. 3 or email reservations@luzernehistory.org.

Catherine Chandler is a poet, translator, and editor, and is also the author of six poetry collections, including Lines of Flight, shortlisted for the Poets’ Prize, and The Frangible Hour, winner of the Richard Wilbur Award. She was raised in Wilkes-Barre, Pennsylvania. Chandler’s poems, translations and stories have been widely published in journals and anthologies in North America, Europe, and Australia. Several of her poems were chosen by George Elliott Clarke, Poet Laureate of Canada, for inclusion in the National Poetry Registry, Library of Parliament.

Nathan Denison was one of the first forty shareholders in the Susquehanna Company to settle five new towns in the Wyoming Valley in February 1769.  Denison became a popular leader of the pioneer settlers from Connecticut.  He served as a Justice of the Peace and Colonel of the local militia. He was the second in Command at the Battle of Wyoming, and was present at the surrender of the Wyoming Valley in 1778.

Founded in 1858, the Luzerne County Historical Society is Pennsylvania’s oldest county historical society.  LCHS preserves and promotes the collective history and heritage of Luzerne County, Pennsylvania, at the Bishop Library and the Museum in Wilkes-Barre, the Denison House in Forty Fort and the Swetland Homestead in Wyoming.  For more information, visit our website, www.luzernehistory.org.  Follow us on Facebook at https://www.facebook.com/luzernehistory/.