“Defense of the Western Frontier: The Battle of Wyoming and the Cherry Valley Massacre” 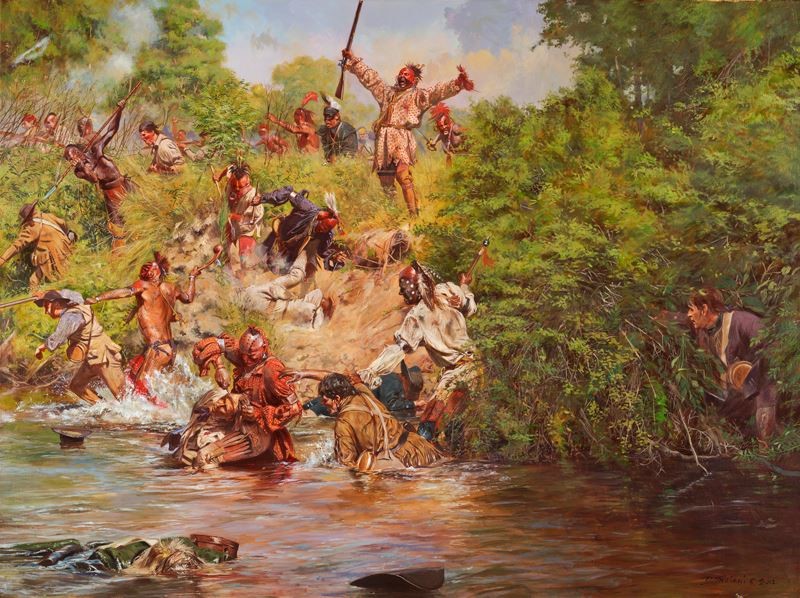 The Luzerne County Historical Society will offer a lecture entitled “Defense of the Western Frontier: The Battle of Wyoming and the Cherry Valley Massacre” by author and historian Terry McMaster on Thursday, April 11, 2019, at 6:30 p.m. at the LCHS Museum, 69 Rear South Franklin Street, Wilkes-Barre.  The presentation centers on the settlement of the western frontier of colonial New York and Pennsylvania in the 1700s and examines the development of these borderland communities and the conflict that erupted there during the Revolutionary War.

McMaster will explore 1700s Native American settlements of the Mohawk and upper Susquehanna regions, the influence of missionaries on these villages, and the cultural, political and religious influences that united some peoples and made enemies of others. Enhanced with maps and illustrations from period sources, the lecture will examine how ethnic differences and religious affiliation largely determined the side chosen prior to and during the early years of the war. With the recent 240th anniversaries of the 1778 attacks, and of the 1779 Clinton-Sullivan Campaign, a response to the 1778 raids, the talk focuses on the settlement of the New York and Pennsylvania western frontier and its eventual destruction.

The program is free for Society members, and $5 for nonmembers. Reservations are accepted, but not required. For more information, call 570-823-6244 ext. 3 or email reservations@luzernehistory.org.  The Luzerne County Museum is located at 69 Rear South Franklin Street in Wilkes-Barre, PA (behind the Osterhout Library).  The museum is open Wednesday through Friday from 2 p.m. to 6 p.m. and on Saturday from 10 a.m. to 2 p.m.  Admission is free for members; $5 for non-members and $3 for children.  Exhibitions on view at the museum include: “Native Americans in the Wyoming Valley,” and “The Battle of Wyoming at 240: Revolution on the Homefront.”